THE TRUTH ABOUT GOD 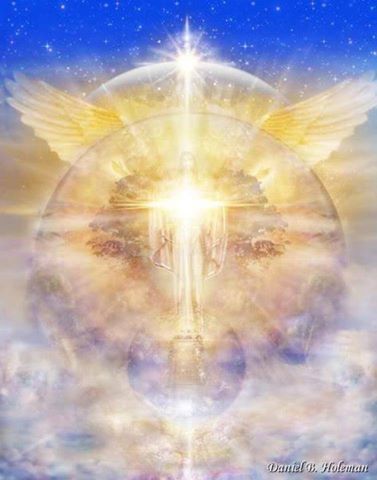 The  death seal of 666 has been completely removed from the human race. This carbon based inorganic seal will melt away and we will begin our awakening into the crystal based organic eternal life bodies. A spontaneous MASS AWAKENING WILL OCCUR, however, the awakening takes place in our dream state for the next five years. I watch my unfolding into my new crystal body and my journies into Inner Earth every night. The first step in the Mass Awakening is to make sure that you are preparing your consciousness to go to the right place when you die, unless you are planning to learn to turn your body into light and orb into Inner Earth in 2017. If that is your plan, you should definitely study everything at this website. If you have a different plan, I recommend this:
I highly recommend and admire the work that  Theresa Talea  did in her book, THE TRUTH ABOUT GOD,  on proving AA MICHAEL should never be trusted. Everyone must decide for themselves. It sounds like she has gone through the same 12 years of training with Ashayana Deane studying Keylontics Science and the 250 billion years of creation, that I went through. The difference between her understanding and mine, is that I didn't grow up as a Catholic and a mother that had a very broad knowledge of communicating with God and gods. I didn't have a background of all of deception of the New Age Movement and the teachings of other Religions. This is why I think it would be helpful to look at this delima we are in from her point of view as well as from my point of view.
My background was from early childhood teachings that aligned exactly with the Source Model of Keylontic Science coming from the Essenes and the reality that the true Jeshua 12 only taught the science that the Mind of God lives within man--not outside of man. The true Jesus only taught man to be free and to use the God Source Energy as Eternal Life.

It is obvious that many of the twisted stories in the Bible were twisted by AA MICHAEL himself, to remove the Eternal Life Energy For those who do no understand what Christ Consciousness is, it means immortality- no aging or death, ability to manifest instantly all desires, no illness, sickness or pain. It means complete love for everyone at all times. It means the alignment of our minds The 666 was created by the Wesadrak AA MICHAEL BLUE SWORD FLAME and the Phantom Matrix tying our hearts into a knot that could not get free from mortality. Please refer to TALEA's book, THE TRUTH ABOUT GOD to learn the details about AA MICHAEL and all of the deception being spread through that name. She also did a fabulous job in explaining the 666, the truth about the Flower of Life teachings, THOTH, LUCIFER, the Ashtar Command, Galactic Federation, and the difference between the Eternal Life Technologies and the Death technologies that are largely used by all New Agers and most Light Workers.
I was planning on taking a month out of my life to explain these things myself, but seeing how rapidly everyone copies what I say, I decided to just let you all ready TALEA's book. Please spread the word. We are entering a very dangerous time. Since the Phantom Matrix has been separated from Earth, the Lightworkers are just actively continuing the work that AA Michael knew they would continue.

This was for the purpose of creating a slave race that AA Michael would be the supreme being God. He removed himself from the true SOURCE of Eternal Life Energy to create his own Matrix. He cannot survive without the continuous inhale of the frequencies of those of us who truly are Angelic Humans. AA MICHAEL is a FALLEN ANGEL who is actively creating demonic islands and attaching them to the light bodies of those on Earth.
His mission has already failed. The Earth is already detatched from his Demonic Matrix. However, the consciousness of many on Earth are still actively connecting to his Consciousness and they are in the same danger of deascension as they were before the Earth separated from the Phantom Matrix and the Wesadrak and Wesadek Matrixes. We must continuously attach our consciousnes into the 12 subharmonics of the the Eternal Life Matrix of Source.
There are more and more people actively claiming to produce 12 DNA frequencies, and they are openly addmitting that they are using the frequencies of AA MICHAEL.
I created meditations that used the word AA MICHAEL in them. I never actually worked with those frequencies, but used that name unknowingly. Those who have used my meditations and frequencies are in no way in danger of connecting with AA MICHAEL unless they choose to.
I have shut down my entire website two separate times, and tried to make sure the words AA MICHAEL and all of those associated with that matrix be removed from my articles and meditations. If you run accross those words in any of my works please ignore them and replace it with the word Source. The only frequency that I ever connect with is Source. I only use names to help other people associate what their own understanding is. It was my attempt to connect with the back ground knowledge of others.
The twisted stories in the Bible were twisted by AA MICHAEL himself, to remove the Eternal Life Energy from the human angelics on Earth.
The point that should make it easy for you to decide is this. Why do you need to keep talking to AA MICHAEL, when you could be talking to Source just as easily. Why do you think you need to create a god to help you, when you could call upon the true god or Source of your creation. Why do you need to call on an entity who made himself a god, when you could call on your own Soul Family, which is the only on who will ever be of any value to you? If AA MICHAEL is not a false god, then why do the channelers keep copying my blogs and then saying that it came from Michael? There are many great teachings being given in the name of AA MICHAEL at this time. The ones that are great sound like the teachings that came from our Inner Earth Guardians 12 years ago warning us to stay away from AA MICHAEL. This false god has decided that the only way to win his war is to say that he is the teacher of the divine works, even the 12 DNA, that he so emphatically denied 10 years ago, and was so afraid of 5 years ago. Now is a time of so many young, naive starseeds who don't know the differenc between the good guys and the bad guys.
I don't want to spend any more of my time on this debate because I'm going to Inner Earth, the one place AA MICHAEL will never gain entry to.

This is the path that I will be taking, and it has nothing to do with AA Michael, Thoth, Lucifer, Ashtar Command, or any of those other entities that will gladly take your energy away to create their own reality system.
Those who have been in alignment with the original Divine Blue print in Inner Earth and up through Source Consciousness will have continuous activation of their atunement into the new immortal template. The Divine Template that was the creation formula of the original Oraphim Angels in the first seeding of Tara will be returned to Earth.This zero point alignment is the point where the perfect creation of the divine blue print aligns in harmonic universe one, harmonic universe two -solar, harmonic universe three-galactic- harmonic universe four - universal and harmonic universe five - cosmic.
All five spheres will line up in perfect atunement of a brand new frequency of harmonic resonance creating a brand new cosmic time matrix and a re-birth into a brand new perfect creation. We will return to the perfect state of Christ.
For those who do no understand what Christ Consciousness is, it means immortality- no aging or death, ability to manifest instantly all desires, no illness, sickness or pain. It means complete love for everyone at all times. It means the alignment of our minds into Source Mind at all times.
Earth and Tara will begin to merge. Blue Flame keepers(THIS DOES NOT MEAN the BLUE SWORD FLAME of AA Michael--his flame connects Earth into his PHANTOM MATRIX, the true Blue Flame connects to Sun Alcyone) will become 9th level avatars, as the blue flame spirals down from Sun Alcyone. Flame Holders who carry a rare recessive gene will have this gene activated. These holders contain a specific magnetic base tone in their DNA that allows them to become very magnetic and are able to hold this activation on Earth. Once the D 5 flame holder holds the frequencies of Sun Alcyone and pulls the frequencies into her Flame Keepers fourth heart chakra an intense infusion of harmonic universe two frequencies spread through the Amenti morphogenetic field and through the Earths Grid. This will allow rapid acceleration of fifth and sixth DNA strand assembly to occur throughout the populations. The seventh strand will begin assembly in those who already hold fifth and sixth. This activation will create a huge multidimensional awareness to occur on Earth.
When the Halls of Amenti merge Tara and Earth together, those who have assembled the fifth strand and are eligible for ascension to Tara will be guided to interdimensional transportation locations to Tara. Those who have sixth and seventh strands may be eligable for transport to Gaia. There may be others who will be transported to Aquarius, Aquafaria and a few who will go play in the heavens with the gods. This time is coming very soon.
First, we will shift into a different chemical make up. We will leave behind our carbon based bodies. We will become less dense. Our bodies and our environment will change. Those who move on to Tara will have an entirely different type of body than those who stay in Inner Earth. Those who move on to Gaia are almost invisible. Those who are of higher densities can see the lower densities; but those who remain 3D will not be able to see any of the new realities. It might seem like things are disappearing because the higher particle shifts will pull some in one direction and the lower will pull those in another direction. There are infinite density levels.
Earth's fastest particles begin to transfer to hyperspace and the halls of records begin transmitting data through the Earth's grids. Universal memory will begin transmission through planetary grids.
Earth's elemental particle base will rise to 5 and the Earth's atmospheric particle base will rise to 6. This accretion level will allow the atmosphere and elementals from Inner Earth to appear on Earth. This will be our first vision of our New Earth. We will begin to see the atmosphere of Inner Earth forming around us and then we will notice more and more new species and inner earth gardens will appear. All of the animals and plants in Inner Earth sing continuously. We will notice this difference in Earth immediately.