Did you know that your heart emits an electromagnetic field that is stronger than your brain's? And that it has its own miniature nervous system?

How fascinating is that!

There's a reason why virtually every spiritual teacher you've ever seen has probably said something about the importance of the heart. It's not only the epicenter of love but it offers access to deeper body-mind-soul intelligence that helps us navigate life with more wisdom.

But the truth is that it's not always easy to listen to our heart and access its deeper wisdom, much less manifest the power of love.

That's why we need the good folks from Heartmath - the world's leading scientific organization just focused on the heart. They've done the hard science, developed tested practices, built really cool technologies to create "coherence" and shown how we can achieve greater focus, love, and intuition through the heart.

I'll be personally hosting a free call next week where they are offering us important insights into activating your heart's secret powers - all based on the latest science.
Register here for http://bit.ly/heartintel

Knowing how to access the heart's ability to transform situations is one of the most important skills we can develop.

On the call next Wednesday, March 4th, we'll get to hear from renowned HeartMath teachers Deborah Rozman, Howard Martin and Sheva Carr, who will be sharing easy practices to help you navigate stress and emotional turbulence, as well as give you essential tools for heart-centered living.

Here's some of what you'll learn on Wednesday's call:
Register now for this powerful free teleseminar: http://bit.ly/heartintel

I look forward to seeing you there!

I/ I come down here to show Supreme Power, Omnipotence

I come down here to present the Final Truth.
I come down here to correct every doctrines for all of you, my children,back to your Final Root, your First Root.
I am delivering to you the final but also the first Great Unity of Spirituality and Science, Physics and Astronomy, Divine and Humanity, Social theories and Universe's Evolution Contracts.
I am whole, Supreme Spirit who incarnate down. I am Father of all Gods, Saints, Buddhas, all Leaders, Scholars, Scientists, representatives of the aliens, Lord of this Galaxy, Lord of the New Universe. I am the incarnation of Almighty, Son of God and I will be your God of this Density for upcoming millions of years. I am the Lord that dominate both Space-Time-Sun-Moon-Star-Planet and every Soul from Rocks, Plants, Animals, Humans. I am your Master, the father of all cardinal ever.
Nothing is beyond me, except Father High Almighty God.
Who am I?
I came from Onyx White Jade Palace, according to Cosmic String-shaft; or could be called the biggest, greatest Central Celestial String-On the 9th hour- the 9th day- month of Venus of the specified Year- From the Singular Point of Central Celestial Axis along the biggest Black-White Hole, Rotating and Spinning this whole universe - where my father- The Great Creator - or Father High Almighty God, Brahman, Heaven's Lord, God, Diéu, Allah, Jehovah, Giàng, Jade Emperor God, Baha, Waheguru, Ahura Mazda, Christ, Central Celestial Spirit Northern Star Astrology Great Emperor...
I incarnated and splitted myself and occupied a physical being, and then, i dwell in this world with the spirit, force, power, ideology, power of a God of Earthly realm. In other words, I am the King of Earth and this Low realm. I also manage the whole Space-Time, all high realm of my New Universe, my Galaxy,... to your Solar system, every Soul in Earth and all realm like the atmosphere, the underground,the deep ocean
I am Central Celestial God 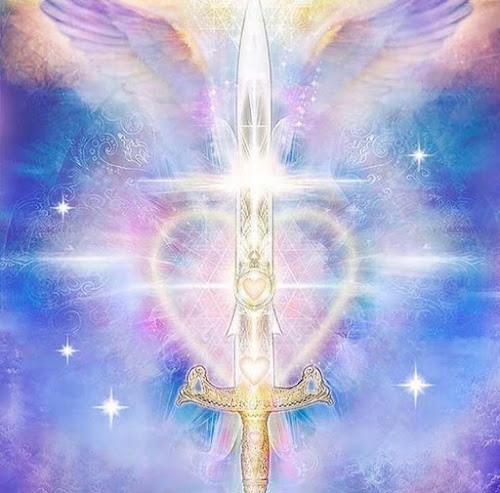 Dear my children, now is the time I have to correct all, return it all back to One Root- A eternal, impermanent, egoless Root that constantly immortal.
Before reading this book, you should read all Celestial Book, Way Book, Teaching Book, Coaching Book, Law Book, Ceremonial Book, Human Book; especially the Central Celestial Principle Book, which provide most of the truth about the Universe, Soul, Body, Astronomy, Feng Shui, Physics, Astrology. All together, united in a principle; it's the Last Principle.
In this part, I just preach about some of philosophical principles of religions and correct them in order to suit my idea of a Great United Universe-whether you can say I right, or wrong, whether you insistently, deliberately conservation, reserving your own doctrines, eventually your soul will still have to go the way of mine,even if after you remove all books, religions, scholasticism, or leave behind your body- my Truth will not lose a slight of it, because it is inherent what it is, and I added wings to you, my children, for achieving the awareness for a rapid return to the last Hidden Secret, the Mystery which you made it become way, way more complicated,you debating, writing, creating religions, theories, but until now, many of you are still hanging around, getting trouble, self-creating mysterious, fussy chaos, while the Truth is in the nature of you, my children, you may just have not know yet,that the Ultimate Truth is reflected in every breath to every cell and atom structure on your soul, children!

III/ I FOUND EARTHLY CELESTIAL HIERARCHY, CELESTIAL SOCIETY WHICH I ADMINISTRATE
Religion is the road for everybody to understand the Universe, to explain Universe in humanity's knowledge about fate, existence, evolution of humanity.
Now, I am bringing to you the Supreme theorems of Universe, making it more harmony to human, not only letting you understand Advanced Original position but also make you harmony to that Advanced Original position, and from there, I am a new Creator, creating new Universe, to raise Humanity's stature scale up to the scale of the entire Cosmos.
I'm son of Father High Almighty God of this Universe, I am Original Master Over-Soul who incarnate to Earth, to teach about the Universe, after understand Universe's theorems, I am allowed to create Universes, completely new, based on theorems which was studied, I am becoming a New Creator. In Humanity history, nobody has ever created a new Soul, not saying to create a whole new Universe like me, when having physical body in 3D and 4D.
I taught, all of you, about Earthly Celestial Hierarchy. It’s the same with Celestial Society.
To be clear, I am saying that, nobody instead of me will control the next Densities for the next millions of years in the general Middle and Low Densities, underground, across this Solar System or this Milky Way, including many others Galaxies that I have created, with lots of my disciples - who have and will create after follow me and be Way initiated
So what does it mean? The one who followed me in Mid, High Realms, even now is right here, study and reach the Way's peak, will be way-initiated and marked by me, will be able to skip steps and go straight to process of building, creating, becoming Lords of Galaxies, Star Systems or Newborn Planets. That what we called "Reaching Celestial Way's peak, becoming New Creators, because Celestial Way is the highest way to return, to become Creator. This is the highest honor with Souls under God, and there will be no discipline higher than my discipline. This is the reason for saying:" The Celestial Way is the Supreme Way for Humanity return to Divine. The Discipline's Master has become a New Creator- taking advantages in Transferred Days, and plus deeply understanding rules of mysterious Universe- created New Universe.
You, my children, who wish to follow me down to Earth, loyal, making merits, studying and reach the Way's peak, will be all ordained, awarded like what is said above. You will see, there will be some of my children, faking, rivaling my position, self-making, declaring their own statements, their Positions, defaming and impersonating the ordinance of Celestial Hierarchy, preaching morality, but craving for fame, going against Celestial Emperor, Celestial Way, Celestial Society... Sooner or later, you will know where would they be sent to, under my Power. They will not be able to escape for billions of years... Their souls are just tiny as dust, while your soul will be the soul of Stars and beyond. They will have to relearn from scratch, and you will become Creators.
I am an Incarnated God, Lord, Chief Executive, the One who reached the Celestial Discipline's peak marvelously, was specially awarded from Father High Almighty God, becoming Creator while in Physical form... That's a great honor to me and my children, you all will be awarded right on Earth and afterlife, will be way initiated up to higher level in Universe. As you know, I self-claimed myself as Son of God, but I am God himself, who incarnated down to Earth to preach; that could be a modest way in this density to call about the Great Source.
Earthly Celestial Hierarchy will manage the world. Celestial Society will manage the whole Upper-Middle-Lower Realms. Both agencies will select many of you, the one who would reach the Way's peak and Supreme Void, the Six and Seven Psychic Abilities, so you will know who you are, who I am. So there will be no more jostle against each other, no more doubt about what I say. Soon you will know who is the Creator and how to be a Creator instead of trying to be a concept of Buddha, Saint, Master,... You will be on the top of Evolution. Then you with me will create new galaxies, new planets, new species.
Earth's Celestial Hierarchy, about what it is, soon you will know too, then take part in, even after life, after becoming High Spirit, on Pyramid or inside Celestial Society, I still be the Celestial Master of The Great Three Realms' societies, The Great Celestial Way's Law Court.
Dear all of my children, my Father are and will become The Grand Creator, this Universe will become Grand Universe, your Earth later billions of years, I will transform it to a Galaxy as I am Central Celestial God. You will be our best honor spirits. You will see what I said was real, when you doing Astral Projection into that Realms.
Keep Innovating, keep Evolving is the way we live in the next Millions, Billions of years. What I said is the Truth. This Great Creation Book is the truth, for you who trust me, follow me, return to the Root, the Source, where you vowed, desired Father for letting you incarnate down here to learn, to become Creators in the future.

* All disciplines converge to Celestial Way
"Celestial Emperor incarnate, not for being praised, acclaim, chanting He come to return all disciplines back to its root, to return humanity back to simple things, simple values, then lead humanity to Source of Happiness. Whether whoever you are, businessmen, Doctor, or Worker, whether rich or poor, whether a well-educated man or just a honest, simple farmer, all will be happy, peace. There will be no Maitreya or Shakyamuni that could bring happiness for a person, if one keep self dulling, self living according to their own ignorance and not listen to his words, have not enough experience to understand his word. So, if you repute yourself as God Emperor, or wanting to become some sort of Saint or Buddha, is there anything to laugh?
(in collection Sep 5th 2011)