The Mass Awakening: Understanding Humanity’s Evolution in the Context of the Cosmic Cycles

HJ: Ascension was seen by many as the culmination of humanity’s awakening process, when, in fact, it was merely another step along the endless path of spiritual evolution.  Now, that being said, it was quite a significant step that in many ways was unprecedented in the history of humanity and the Universe, however, it was not the final step as there is no end to the upward spiral of self realization, which unfolds to collective realization and so on, ad infinitum.
In this respect, many were disappointed as their beliefs/visions were not validated by external experience during the time period surrounding Dec. 21st, 2012.  Those caught up in the self-created disappointment of that time frame may be limiting themselves from experiencing the heightened energies and potentials now available to them in the post-Ascension window that is now wide open and described in part by Archangel Michael message below.  This window can be seen as sort of a grace period where access to higher spiritual concepts, understandings and energies are more readily available and easily accessible than they once were.
Those committed to doing the necessary internal, personal spiritual work will find themselves greatly facilitated at this time.  Those who choose not to engage in the process of self-inquiry and development at this time may experience unprecedented difficulty in their lives as they come face to face with past conditioning and limiting beliefs.  As the time to manifestation decreases, we are faced with the reality of our day to day thought-creations in a more confrontational and intense way that does not allow one to continue to ignore the fact that they are not, in fact, the victim of some outside force, but the creators of their life — fully responsible for everything they experience.  Those who continue to deny this aspect of themselves may indeed find themselves facing continued hardship.  It is ultimately an individual choice.  That being said, this is a profound time to begin taking responsibility for ones life, as always.
- Truth
Archangel Michael 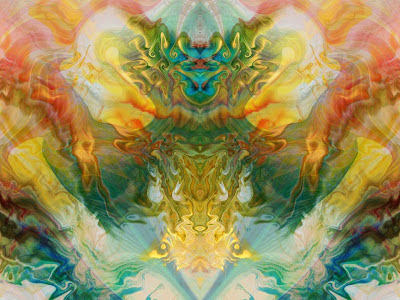