The Immeasurable Importance of Deep Consciousness Bodywork for Ascension 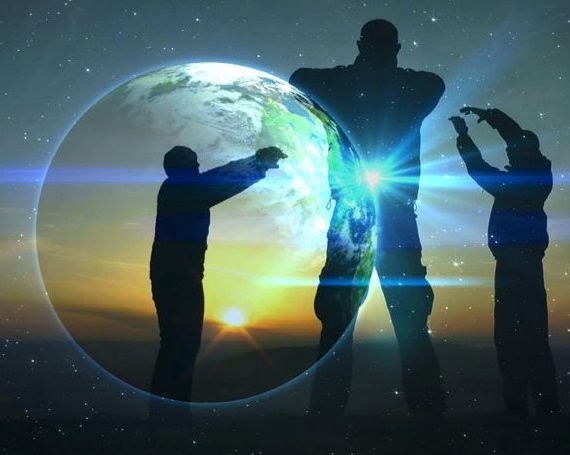 When we embark on the mystical path of Ascension, we're essentially performing inner alchemy. Everything is consciousness, even matter and energy. They're all formed from 'elementals' of awareness. Even when people are awake to the interconnectivity of their soul, there's still varying degrees of insensitivity and identification with the physical. In other words the subtlety of the soul is getting dissipated - drowned out - within the density of Separation Consciousness. One utterly invaluable way of dissolving this identification and thereby catalysing our spiritual evolution - our Ascension - is through Deep Consciousness Bodywork...

Reality is created by what your attention is focused on

We'll often hear that reality is created by what your attention is focused on. This frequently leads to trying to shape reality in some particular way - often a mind-led, desire-based sense of lack, which is only surface level (see Law of Attraction). Yes, everything is consciousness and therefore the outer world is shaped by what we're being within. But desire is still associated with the lower densities, as is denial, which locks fragments of soul consciousness into materiality. In other words...
You can intentionally bring your attention into the higher realms of consciousness through meditation for example, but unless you've harmonised the various flows of energy throughout your body, then you'll simply be sucked back down again at some point. This is what happens during reincarnation.
That's why at Openhand we speak so frequently on our courses about 'softening into the body'. By this we mean increasing internal sensitivity and the sense of letting go. It's no doubt a challenge. The yearning is for the higher sense of lightness, the bliss of interconnectedness, but if you miss the ballast, firstly the expansion will be less complete, the experiences less expansive (less 'spiritual') and secondly, at some point you'll still have to come back and deal with the density.

Breath of course is a powerful tool for increasing inner intimacy. We can use breath as a vehicle of awareness, bringing attention into the deep recesses of the body. But it is only a vehicle. It's focused attention that must then take over, once breath has delivered you to the threshold of transition. It is then feeling attention that must direct you to the revealing threads of consciousness which next want to be 'pulled'.
By this, I mean a subtle vibration or sense will reveal itself...
I remember once sitting in meditation with uplifting background music. I'd been feeling the sense of higher dimensional presence in the room and was wondering how to connect? True Benevolence will never distract you 'out there' to some glamorous apparition. It stays tantalisingly just out of reach, thus encouraging and empowering you to go deeper within, where the entirety of the universe is to be found.
And so the 'promise' inspired deeper inner focus, and softening into my body, working with the feelings of denseness and loosening identification. In other words, feeling through the density until I no longer formed limiting opinions (judgments) about what I was feeling. So all the while, this is leading into a greater reaching outwards by reaching ever further inwards. I was expanding to fill the room through inner consciousness space.
It's then that I truly felt the presence. A slight inner pull drew me forwards - because I was sitting, I almost fell over. But instead, realised to stand, then to begin to sway with the music, then to move and gently dance. My hands were open to tingling vibrations which guided me in an exquisite swirling pattern. I was dancing with spirit!
It is experiences like this, which led me to develop Openhand's soulmotion

So this is what I mean by Deep Consciousness Bodywork and how it can open you up to your divine birth right: multi dimensional living, which is both divine and magical. To summarise, it requires a very attentive approach in order to perform this inner alchemy...

Of course movement is one way of bringing increased internal intimacy for this level of alchemy. Hence the popularity of yoga, Tai Chi, dance, walking in nature and to a degree, various sports. However in all of these, if true spiritual evolution is to be catalysed, we have to be careful we're not once more conditioning the body rather than increasing its sensitivity.
So take exercise for example: in order to have the maximum evolutionary effect, we'd need to have full attention in every part of the body that is exercising, every muscle, fibre and sinew. We'd need to be letting go within the movement and not allowing any kind of desensitised detachment from happening.
All too often you can see - even with the meditational arts like yoga - there's still some subtle desire to achieve this or that; a particular form or posture for example. The risk is to decrease inner intimacy by conditioning the body, when what we're really looking for, is to use the practice as a vehicle to penetrate the elementals of consciousness.
Internal struggle is what we're working to release or even the denial of insensivity. If there's any need for some form of outcome, then in that moment, we're aligning with the density of bodymind rather than penetrating it with the softeness of the soul.

So this is what I mean by Deep Consciousness Bodywork. I know it may seem like speaking a different language! In many ways it is. It's an entirely new vocabulary that can access the dormant aspects of inner self. Practically everything in society seems designed to desensitise; with its chemical 'excito stimulants' to block or distract from the revealing threads of higher awareness. 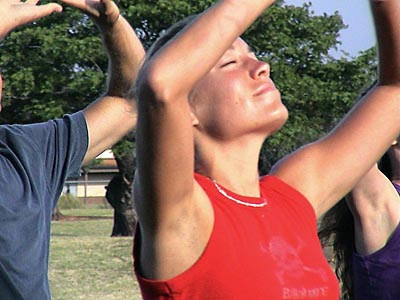 It takes great patience and persistence to master this inner alchemy. In the early days, it frequently left me frustrated until I realised the frustration was the thread I needed to accept as my current reality and soften into. But actually it's relatively simple, once we truly surrender the need for any kind of outcome in this world.


When we do, the wonders of the universe unfold magically into view. There's liberation, but not just release from, rather freedom to unfold into. There's a depth of majesty, mysticism and magic that expands beyond imagination, which we're all seeded to master.
To me, this is the power of Deep Consciousness Bodywork. It catalyses and accelerates our Ascension.