Your Destiny Is To Create With God 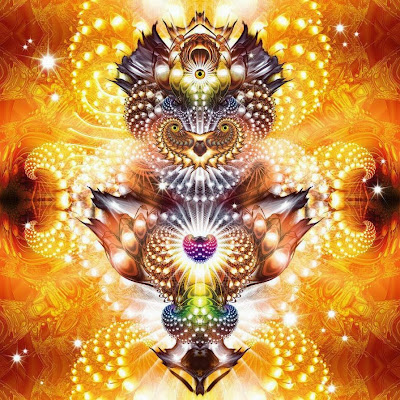 You are on the cusp of enormous changes to the way you experience life, monumental changes that will inspire and uplift you, changes that have been planned since the moment of your apparent separation from your Source.  You are always at one with Source, connected eternally to the creative force.  Without that connection there would be no consciousness, no awareness, nothing, and that is impossible because the Source always is having had no beginning and being unending, It just is in all Its magnificence, eternally beyond time which is purely illusory.  Its Love and Its Light shine on you in every moment determining and ensuring your eternal existence. You have just temporarily chosen to be unaware of It.  And now awareness of that unawareness is seeping gently, irresistibly, and intriguingly into humanity’s consciousness, dissolving it.

The focus on the distractions of the illusion, and they are many, varied, and until now totally fascinating, is weakening as your fascination with them becomes stale, dull, boring.  Instead your natural creative talents are being aroused and demanding your attention, which is how it should be because when they flow freely and spontaneously they bring you joy and satisfaction beyond measure.  Your destiny is to create with God, you had forgotten this and have, for eons, been attempting to create without His loving guidance and encouragement.  You have been attempting to go it alone, and by doing so you have placed incredible restrictions on your God-given talents and creative powers.

This lack has led you to watch the apparent success of others with increasing envy and dissatisfaction, while they, driven by the self-same feelings, watch you with equal dismay, the result is that you have been competing viciously, instead of cooperating harmoniously and lovingly, thus constantly leading yourselves furiously along the path of bitterness and resentment that you frequently blame on God!

But it is your path, you choose it and you re-establish it in every moment by your beliefs.  Beliefs are very strong, however you always have the choice to change them, and to do so with the loving help of your guides, mentors, or angels will assist you in your awakening process.  Talk to them, and LISTEN to them in your daily quiet times, it is essential for your well-being, and to dissolve the bitterness to which so many have become addicted.

You are all divine and beautiful aspects of the One and once you accept that, andknow it again your egos will be subsumed and reintegrated into the totality that You are, and that is what they fear more than anything else.  Once that happens they too will be blissfully content.  What they fear is the unknown, and it is unknown to them because they did not arrive, basically as caricatures of who you really are, until after your illusory separation from your divine Source.  They know that the separation was an error, a big mistake, but they do not know why and they fear retribution.  If they had experienced the Source they would have no fear, they would know only Love.  However, you created them for the purpose of the separation to establish limits on your knowing, on your awareness, and so for your egos there is this enormous sense of impending doom as death of the body looms before them, an inevitable, unavoidable, and terrifying aspect of humanity’s earthly embodiment.

When you believe yourselves to be only bodies with short, limited, and basically unsatisfactory lives, which you are always in danger of losing due to some personal or society-wide catastrophe, which is the picture that your egos present to you, you are effectively being press-ganged by your egos into striving to avoid the inevitable by whatever means you can imagine.  One of the most obvious is by taking advantage of another’s misfortunes and attempting to offer them up instead of yourselves for the expected divine retribution.  It is from that fear that human sacrifice was born.  That fear remains and humans continue to sacrifice one another indiscriminately all over the world.  On the whole it is not called sacrifice, but enlightened self-interest – the only one who is going to look after you is you yourself!

As Light bearers and wayshowers you are fully aware that there is a divine Being, a Source, God, Who is Love, and Who loves you unconditionally in every moment. You are presently embodied to bring the energies of Love to humanity by connecting with them and sharing them indiscriminately at all times.  The numbers of you aware and doing this has grown exponentially over the last several decades and the results are evident in the vast increase in the compassionate attention being paid to basic human rights and the need to care for the impoverished, the sick, and the elderly. This is compassion in action, and as the field of Love in which it operates expands, more and more humans are linking together and starting to resolve these issues. Also, as a result of the increasing worldwide compassion, those who would ride callously rough-shod over others are finding themselves increasingly side-lined and no longer free to treat their fellow men with the disdain that has been endemic on this planet.  A collective conscience has evolved which is setting to rights the wrongs that have for so long been accepted as normal behavior.

These are the uplifting signs that the New Age has indeed dawned.  Love, acceptance, forgiveness, and compassion are bursting forth in some of the most unexpected places, bringing hope and relief to those who had found themselves brought to hopelessness and despair by an inhuman machine that was built to suppress, control, and then discard them as worthless.  That machine is collapsing, disintegrating, and being dismantled as the body politic discovers that humanity at large is no longer willing to sit quietly under that dismal and utterly unacceptable yoke of suppression.

The Light of God’s Love is spreading like wildfire across the planet, and It is inextinguishable.  It embraces all in Its path, drawing them to Itself in tenderhearted and unconditional acceptance, demanding nothing and offering, as It always has,everything.  Find that Love burning brightly within yourselves when you take your time out for prayer, relaxation, or meditation.  It is the Life Force, and It is yours, invested permanently within you if you will but open your hearts to receive It.  It willnever, for any reason at all, be withdrawn, because It is your Father’s eternal gift to you.

With so very much love